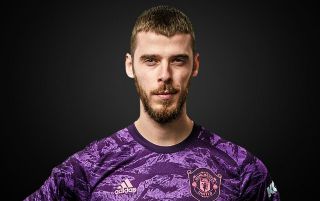 David de Gea has decided to contribute a significant amount of money to the Red Cross in Spain.

The Manchester United goalkeeper’s donation will contribute to the recovery of those affected in areas of the Spanish Mediterranean.

In an act of solidarity, De Gea has given a donation of €200,000 which has been reported by Spanish publication Cadena Ser.

“Thank you David de Gea for your solidarity,” Red Cross published on Twitter to thank the Spain international for his kind gesture.

Cadena Ser add that De Gea has a special place in his heart for Alicante because his father was born and raised in some of the affected areas.

De Gea recently signed a new deal at Old Trafford, keeping him at the club until 2023 with an option to extend by a year, as reported by Sky Sports.

He didn’t feature in Thursday night’s 1-0 win over FK Astana as manager Ole Gunnar Solskjaer opted to give Sergio Romero minutes in the Europa League.

De Gea will take his place between the posts again when United take on West Ham this weekend.