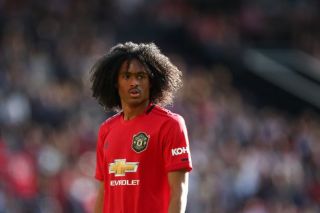 As promised by the Norwegians, he has given a number of youngsters game time tonight so they all have a chance to impress and try edge their way into future line-ups in the league.

One player Reds are delighted to see start is Mason Greenwood but we’re equally enthusiastic about seeing Angel Gomes, Tahith Chong and Axel Tuanzebe in action.

None of us really know what to expect from Astana but they’ve won their domestic league five years on the bounce, so it wouldn’t be wise to underestimate them tonight, especially given our form.

See below as United fans react on Twitter to Solskjaer’s confirmed line-up:

This is the best moment of my entire life !! 😭