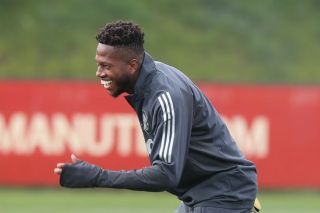 Ole Gunnar Solskjaer want to be playing in the Champions League but didn’t meet the requirements last season after finishing sixth in the Premier League.

However, by winning the second-rate competition outright, like they did under José Mourinho in 2017, United will be back in Europe’s most prestigious tournament next season and won’t have any problems attracting the best young footballers across Europe.

Well, there is one problem. The Glazers.

Leaving that shower of leaches for another day (you’ll find plenty of #GlazersOut material on Twitter), it’s time to get in the swing of things for the Europa League.

Stepping up our preparations for FC Astana at home 😤#MUFC #UEL pic.twitter.com/oNl56nWPW1

Our opponents on Thursday night dropped out of the Champions League qualifying rounds this season, losing 3-2 on aggregate to CFR Cluj, but beat BATE by the same scoreline to reach the Europa League group stages.

Astana have won the Kazakhstan Premier League for the last five years on the trot, therefore, it would be silly to underestimate them going into the game.

United are likely to rotate a lot for this one, with Solskjaer giving minutes not only to some of the youngsters in the squad but fringe players like Fred too.

The squad should have enough quality to handle these kinds of opponents. We fancy the lads to get the job done at home to Astana.