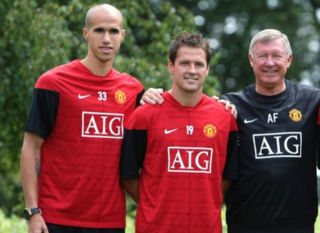 As a lifelong Manchester United fan, it pains me to say that since Sir Alex Ferguson retired in 2013, we have spent in excess of £960 million. Yet despite this, we find ourselves in a kind of wilderness, a transitional period whereby our rivals are not only competing for league titles, cleaning up domestically but also competing on a European front.

By being inconsistent with our approach to recruitment and having no form of strategy with regard to identifying and scouting players, we find ourselves in this vulnerable position.

A lot of fans have voiced their anger at Ed Woodward, the Glazers and the fact we do not have a technical director in place, however, this approach or lack of, can be pin pointed towards the end of Fergie’s tenure.

As far back as 2009, whilst Sir Alex was still at the helm. That summer, Cristiano Ronaldo swapped Manchester for Madrid in a then record breaking deal, meaning United pocketed £80m for the Portuguese star.

Armed with such a large fee, United fans fully and rightfully expected the money to be reinvested in the squad, with hopes and dreams of a global star coming in, to replace Cristiano and take on the iconic 7 shirt.

Unfortunately, this wasn’t the case. During this period, Sir Alex would recite that he didn’t see any “value” in the transfer market. Following Ronaldo’s departure, Antonio Valencia, Gabriel Obertan and Michael Owen were unveiled at Carrington, for a combined fee of £19 million.

That window saw Wesley Sneijder and Arjen Robben leave Real Madrid for Inter Milan and Bayern Munich, in what even today feels like a small fee, 40 million euros. Halve of what we received for Ronaldo and two players many viewed as long term replacements for Ryan Giggs and Paul Scholes.

Around this time, Sir Alex accused rivals of going on a “kamikaze” spending sprees during this period. Granted, in the same window, our noisy neighbours, Manchester City splashed the cash and brought in Carlos Tevez, Emmanuel Adebayor, Roque Santa Cruz, Gareth Barry and Joleon Lescott.

Taking Carlos Tevez over to the blue side of Manchester was not only a two-finger salute to Manchester United and Sir Alex, it was a sign of intent and things to come from Manchester City.

In the transfer windows that followed, Manchester City really knuckled down and focused on securing top class talent. Players such as Sergio Aguero, David Silva, Yaya Touré and Fernandinho were now joining the Citizens. All with the aim of competing with United.

Between 2009 and 2013, I can honestly only think of two top quality signings that Fergie and David Gill brought in over those eight transfer windows. That being David De Gea and Robin Van Persie. Amongst these we also seen the likes of Anders Lindegaard, Nick Powell, Shinji Kagawa and Bebe hold the Manchester United scarf aloft, as they were signing on the dotted line.

For ten years now, we have not got our recruitment and selection policy correct. It is essential that the board appoint a technical director, to assist Ole in his role and to avoid history repeating itself.

The purpose of a Technical Director is to provide an overarching vision and strategy across a football club. Overseeing a committee, likely made up of former players, who would work closely with scouts and recommend transfer targets, whilst making decisions on current players’ futures.  Ultimately by having this in place, it would place us in more of a sustainable position and eliminate the scenario that Mourinho faced. Whereby you inherit a mixture of signings from previous managers, all of who do not fit the system or style of play you or the club want to see.

Or as Gary Neville famously put it – “You’ve got a plate with Bolognese, a chicken tikka masala, a roast dinner and loads of curry and gravy thrown over the top”.

Let’s hope the board get their act together and we avoid another string of poor signings.