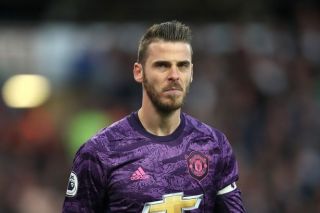 Gary Neville has told David de Gea to get back to his best and become a ket part of Ole Gunnar Solskjaer’s side after confirming yesterday that he’s signed a new long-term contract.

United have finally tied down the Spain international after lengthy speculation over his future, with Real Madrid constantly linked with the goalkeeper.

This should be a big boost towards getting Dave back to his best for United.

It must be difficult playing not knowing what the future holds. It certainly looks that way for De Gea, so hopefully things pick up for him over the coming months because he hasn’t been at his very best for some time.

De Gea kept a clean sheet at the weekend against Leicester City, but he needs to start doing it over a period of time again.

On his day, the 28-year-old is undoubtedly one of the best stoppers in the world, and our defensive acquisitions over the summer should help him get back to his best.

Speaking on Sky Sports’ Monday Night Football, Neville said (as per the Metro): “I’ve got to believe it’s good news.

“He’s had a difficult time in the Premier League. When players are distracted it doesn’t help.

“He’s lost his place in the national team and made more mistakes for Manchester United than ever before. But now he’s signed you hope that settles him down and he starts performing.

“Manchester United need a spine. They haven’t got a strong, dominant spine. De Gea can be the start of that. But his performances have dipped recently.”

What do you think of De Gea’s new deal?