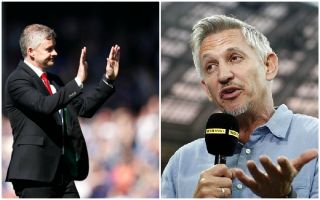 England legend Gary Lineker aimed a sly dig at Manchester United after our 1-0 victory over the Match of the Day presenter’s beloved Leicester City.

Gary Lineker wasn’t too pleased with United’s style of play after our victory against the former England international’s beloved Leicester City.

The Match of the Day presenter hinted that the Red Devils ‘parked the bus’ this afternoon. Ole Gunnar Solskjaer’s men certainly weren’t too keen on taking any risks after being gifted the lead early in the game.

Rashford stepped up and slotted the spot-kick into the back of the net.

The game definitely didn’t live to up what was exciting and action-packed opening 10 minutes of play.

A win for @ManUtd. Leicester once again struggling against a team who just sit back and defend.

See More: Some United fans branded our performance today as ‘boring’ and ‘dreadful’.

Stats from the clash indicate that it was very close indeed:

Whilst some United fans aren’t happy with our style of play today, there’s no doubting that this afternoon’s tie was a must-win clash.

We can’t ignore the fact that there will be times that we’re going to have to scrape a one-goal victory.

The main silver lining from today’s performance is that we managed to keep a clean sheet. We’ve leaked goals recently and a solid performance at the back was necessary.

Neither side created many clear-cut chances today.

Once in a while this type of gutsy; three points at all costs display is needed, however, I wouldn’t be surprised if fans become frustrated if these kind of performances become a regular occurrence.