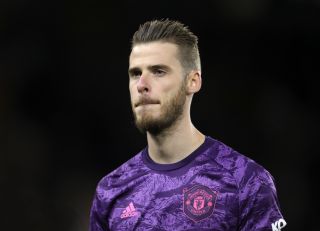 Man Utd boss Ole Gunnar Solskjaer is confident that David de Gea’s long-term future will be secured, while a report has suggested that it’s already a done deal.

The 28-year-old shot-stopper has firmly established himself as a pivotal figure for the Red Devils and as one of the best players in his position in Europe.

In turn, it’s vital that United are able to keep hold of him, with De Gea having now made 366 appearances for the club since his arrival from Atletico Madrid in 2011, and having played a key role in our success since.

There is concern though as his current contract is set to expire next summer, and so the hope is that a new deal is agreed well in advance to ensure that he commits his future to Man Utd for the long term.

Solskjaer is seemingly confident that a deal will get done: “I am pretty confident we will get this sorted,” he said, as quoted by BBC Sport. “David has never, ever said to me anything other than he loves the club, has had a fantastic time and wants to stay. So let’s just hope we get it over the line.”

Meanwhile, the Daily Record have suggested that a deal is already done as it’s claimed that the Spanish international is all set to put pen to paper on a five-year contract worth over €15m net per season which will make him the highest-paid player at the club.

Given that there has been no official word from either party as of yet, it remains to be seen whether or not there is confirmation in the coming days, but ultimately it will only be a done deal once the announcement is made by the club.

Nevertheless, it’s a promising development and it’s hoped that De Gea is indeed on the verge of signing a new deal to end  all speculation over his future.