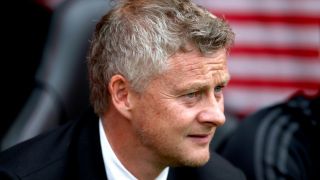 Ole Gunnar Solskjaer has named three Manchester United players that will have to step up against Leicester City tomorrow after Luke Shaw, Anthony Martial and Paul Pogba were ruled out through injury.

There was some hope Martial and Pogba would return after picking up knocks against Crystal Palace and Southampton respectively, but the pair are both ruled out of action.

Well we hope more can be ready for West Ham next week and Paul and Anthony are in that category, I think they’ll be ready for then and can’t say more than that really,” Solskjaer said as quoted by Manchester Evening News.

Solskjaer now now has a much smaller pool of players to choose from with his most influential players now unavailable.

The Norwegian said he will have to rely on the experience of Juan Mata, Nemanja Matic and Ashley Young to replace the missing players.

A rather concerning comment from Solskjaer is that he said the average age will have to go up. Despite Young’s inclusion necessary as Diogo Dalot is also still ruled out, but the injuries could have given academy stars such as James Garner and Angel Gomes a chance in the first-team.

Axel Tuanzebe may also have to replace Aaron Wan-Bissaka at right-back if he can’t recover from his back problem.

Ole on not having Pogba for Leicester:

“Well, you’ve got players who can come in with loads of experience, Juan, Nemanja and Ash (Young) who didn’t start the first game and have got to step up. The average age might go up.” [MEN]