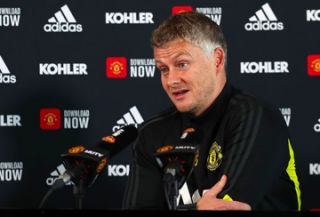 Ole Gunnar Solskjaer has responded to Paul Scholes’ recent comments about when the Reds can next win the Premier League.

The United boss undoubtedly has a huge rebuilding job at Old Trafford, and can’t be expected to compete with title chasers Liverpool and Man City until he has more transfers windows to shape the squad he desires.

However, the Reds have still made a poor start to the season and five points in four games is not good enough, even with this weaker United side.

“I think you almost have to write United off for the next two years, this team, until Ole Gunnar Solskjaer has cleared everything he wants out, has four or five transfer windows,” the United legend told Premier League productions, as quoted by MEN.

“United are going to be behind Manchester City, Liverpool, Chelsea and Tottenham.

Solskjaer will know the main priority will be to get back into the top four and qualify for the Champions League, but that looks like it will be a struggle, even this early on in the season.

Perhaps winning the Europa League as the Reds did under Jose Mourinho will be the more probable route of playing in the Champions League next season.

“Paul knows what it is to be a Man United player,” Solskjaer said in this morning’s press conference (MEN), responding to Scholes’ comments.

“Looking at the difference between us and City and Liverpool last year you don’t expect us to challenge straight away.

“But, he can see things are going in the right direction and we feel we’re on the right track.”

United’s game against Leicester on Saturday will be a real test for Solskjaer’s players, and Brendan Rodgers’ side will have the confidence they can finish ahead of us this season.

The task of beating the unbeaten Foxes has been made more difficult with the news key stars Paul Pogba, Luke Shaw and Anthony Martial are all ruled out with injury.