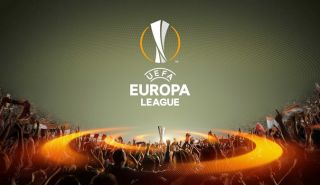 The Europa League Group Stage has thrown up some very tricky ties with AZ Alkmaar, Partizan Belgrade and Astana. They will hope this year’s foray into this competition is as successful as their last one which ended with a great night in Stockholm defeating Ajax 2-0 in 2016/17 season.

After so many years of playing in the Champions League and rubbing shoulders with Europe’s elite, this for many feels like a huge step down and major inconvenience but I think that actually this is a competition to embrace.

Now we all would prefer to be in the Champions League playing Real Madrid, Barcelona, Bayern Munich or Juventus but we are in this competition because we weren’t good enough to qualify. This is where we are now so we need to embrace this competition and try to win it, I think the benefits to it will outweigh the negatives in the long run.

So, let’s get the negatives out of the way in that we won’t see the best teams or players in this competition or not have the glamour and excitement of a midweek match in Europe. Also playing Thursday nights are not ideal with games played after a Europa League game coming on Sunday or Monday depending on the schedule, the travelling will be a big issue as United face trips to Serbia and Kazakhstan so they will clock up some air miles.

Fans who travel away will be licking their lips at the prospects of some of these Euro aways and why not? A chance to go and experience new cities and countries to watch United. The home fixtures may not have the same level of enthusiasm for the group stage at least but will give us a chance to see how the youth will cope with European Football and let’s be honest if we get to the final everyone will be trying to get tickets but not have enough credits because they didn’t fancy Astana at home.

This tournament represents a great chance for the youth to further establish themselves in the squad and prove that they belong in the first team for some, playing in the youth team or Under 23’s is good for development, but this represents a new challenge.

The experience of playing against different teams and styles will be a far cry from playing against other youth sides or reserve teams, playing different opposition with their own strengths and weaknesses will tell us a lot more about them than a game in the Checkatrade Trophy. Now a number of the youth team played in the UEFA Youth League last season, so they do have experience of playing foreign opposition but facing under 19’s is different to facing experienced players at this level.

Travelling with the squad in Europe will be a great experience for the likes of Mason Greenwood, Angel Gomes, Tahith Chong and James Garner and will help them integrate with the first team but also help with them come to terms with the travelling and training and conditioning they will need if they want to stay with the First team permanently. Also, the trip to Serbia will represent playing in front of a very hostile atmosphere so if they can play well there then they can play anywhere.

This competition gives Ole a chance to see where he is short in terms of players and also possibly allow him to maybe find some players in the Europa League who we could sign to improve the team as some player might not play for the biggest clubs but use this competition as a springboard for future success.

The Athletic Bilbao team who destroyed United in 2012/13 season under now Leeds Manager Marcelo Bielsa had ex-United Midfielder Ander Herrera in it as well as Fernando Llorente, Javi Martinez and Iker Muniain all went on to have great careers and all of who would have massively improved the team if we had signed them on the back of this tie. Last season players like Luka Jovic, Sebastien Haller and Joao Felix all thrived in this competition and gained big money moves on the back of their performances

Also, Solskjaer will look to see his side develop and mature into the side he wants them to be and if they can do gain some experience playing against tough European opposition it will stand them in good stead when they get back to the Champions League. More importantly this competition should be used to improve players and also the team’s in game management, European football is played at a different tempo to the Premier League so they will need to adapt to the pace and also the Refereeing.

If United get to the knockout rounds come February they will need to learn how to control a game with it being a two legged tie, they will need to know exactly what they need at any given time to get through whether that be to keep the ball late on in a game if they are leading or to push on if they are trailing. If United get back to the Champions League knockout rounds soon then experience gained here will mean they understand how to approach these games and not make naive decisions as winning in Europe is not all tactics and talent but the ability to adapt to any given scenario the game throws up plays a massive role.

This experience will stand them in good stead in future competitions and also in big games against the big teams in England, the young players can mature so when they get to the latter stages of the Champions League hopefully they are not overawed and will use the experience they gain here to their advantage.

For Solskjaer this will give him a chance to flex his tactical muscles and show that he can come up with plans to deal with the opposition and also use his nous and experience to affect a game during the game using a tactical switch or a substitution. He has experience playing in the Europa League with Molde, but he will not be the underdog in these games, they will be the team everyone wants to beat. If he can navigate through the Group Stages and through the Knockout rounds and get to the final it would prove that Ole has the skills to make United very competitive in the Champions League if he can strengthen.

Many fans see this as a waste of time or something that could impact on our league form and there are lots of reasons why they might be correct but it can also be an advantage for this team if they can get far or even win this trophy to grow together as a team and use this as a springboard for future success (See Atletico Madrid and the early seasons of Diego Simeone for an example), I hope we do go for it and take this competition seriously as a young United team doing well in Europe has a great sound to it and we have great memories of Stockholm so why not add Gdańsk to the list come May.