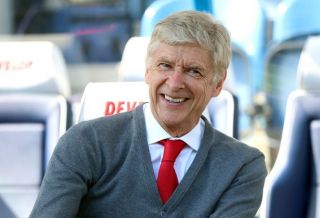 Former Arsenal manager Arsene Wenger thinks Manchester United are not ready to compete for the Premier League title this season.

The Red Devils finished sixth in the Premier League last season, so I don’t think too many people were expecting us to bridge the gap and challenge champions Man City this term…

Over the course of the summer, manager Ole Gunnar Solskjaer added just three new signings to his squad.

But Ander Herrera left on a free to join Paris Saint-Germain and former captain Antonio Valencia was finally released by the club. That’s not to mention how the Red Devils also lost Romelu Lukaku and Alexis Sanchez to Serie A giants Inter Milan.

Wenger sees potential in Solskjaer’s side but just doesn’t think United are ready to challenge for the title this season.

“When you see Man Utd, they are one of the examples where there is a potential there,” Wenger told beIN Sports, as quoted by The Express.

“But they have not found a collective way.

“Maybe these players are not mature enough to carry the team play of a team like Man United, altogether.

“That is the question mark now.”

And Wenger questions whether this current crop of players will be able to emulate the achievements of Sir Alex Ferguson’s team, which is a pretty big ask for anyone.

“You feel there is something coming out but it’s not ready,” he added.

“Will they emulate what Giggs, Scholes, Beckham did over a number of years? Personally, I’m not convinced.”

United get their Premier League season back underway on Saturday when Leicester City come to Old Trafford.