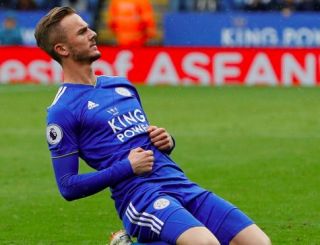 That’s according to James Robson of the Evening Standard, who claims the 22-year-old is on a list of home-grown stars the Reds are targeting for the coming transfer windows.

The report claims the United boss registered his interested in Maddison this summer, and the club is closely monitoring his situation.

The attacking midfielder would prove to be a stellar signing in a position the Reds are currently desperately short in which has already been evidenced in early performances.

Maddison scored seven goals and contributed seven assists in his first season in the Premier League, and has started brightly again, earning a call-up to Gareth Southgate’s England squad.

However, a deal will be made extremely difficult by the Foxes who have no reason to sell one of their star assets.

The Reds will know how tough negotiations can be with the Midlands club after the weeks of talks before eventually signing Harry Maguire for £80m this summer.

But a move for an attacking midfield player is essential, given the lack of opportunities the Reds are creating going forward.