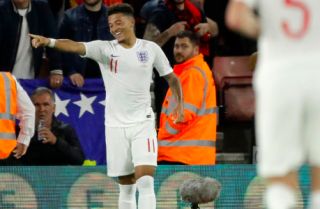 It has been revealed that Manchester United held talks with Borussia Dortmund in March over the possible transfer of Jadon Sancho.

Dortmund sporting director Micheal Zorc confirmed the that discussions had been held between the two clubs in the Inside Borussia Dortmund documentary series, part of Amazon Prime’s “All or Nothing” series.

The ‘All or Nothing’ series offer fans fascinating insights into football clubs and how transfers work, and the Leeds United version showed just how close Daniel James was to completing a transfer to the Championship side before his Manchester United move.

In episode three of Inside Borussia Dortmund, attention turns to Sancho’s future and Zorc explained the situation.

“But according to what I know, the consultant told the club that no matter how much money they offer, we won’t let him go this summer.

“But the player also has no intention of taking that step this summer.”

Perhaps Ole Gunnar Solskjaer’s side’s failure to qualify for the Champions League was the key reason Sancho had no intention of making the move to Old Trafford this summer, but the Independent have revealed why the Reds would not have made a bid anyway.

Their report claims United were told in no uncertain terms that the 19-year-old would not be sold for below €100m, which mean’t the club opted out of a bid despite having intentions to making an offer.

It’s encouraging to hear that the Reds are chasing Sancho, one of the most talented young prospects across Europe.

However, as Sancho’s stock continues to rise, his value could be worth considerably more than the €100m United reportedly baulked at.

United should pay whatever is necessary to sign Sancho, but it’s unlikely he will be attracted to Old Trafford if made available this summer if there is no Champions Leaue qualification.