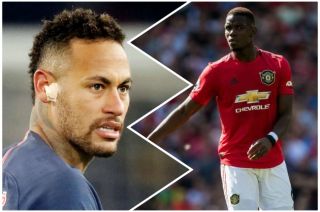 The transfer window ended a little over a week ago and Paul Pogba’s name was one of the key names of summer.

Thankfully he stayed put and didn’t take one of a few potential routes out of Manchester United.

Juventus was one of the possible destinations but a return to Turin always seemed less likely than a switch to Real Madrid.

But that wasn’t going to stop The Old Lady from making a move for the French midfielder. According to Calciomercato, Juventus made an offer at the beginning of August but United rejected an offer consisting of Blaise Matuidi, Mario Mandzukic and Paulo Dybala for Pogba.

The report goes on to claim Real Madrid were never willing to meet United’s demands this summer. The Red Devils wanted €160m whereas Florentino Perez offered €90m, which is quite a cut in valuation and we were never going to accept that.

Interestingly, the Italian publication says Paris Saint-Germain were really close to landing Pogba. There was apparently an agreement in place between all parties but Neymar’s failed return to Barcelona is said to be the reason the French star didn’t leave Old Trafford for Paris.

PSG were reportedly ready to pay €150m for Pogba’s signature, just €10m short of what United asked for when Real Madrid came knocking.