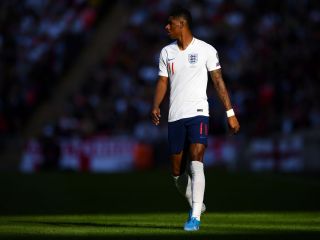 Marcus Rashford is set to receive a blow as England manager Gareth Southgate will reportedly drop him from the starting line-up against Kosovo this evening.

The Three Lions are in action at Wembley tonight after thrashing Bulgaria over the weekend, but it looks like Rashford’s lacking a goals could now see him dropped.

The Manchester United striker may not have scored against Bulgaria, but he did play a part in two of the goals — one which saw Harry Kane convert from the spot.

But that doesn’t seem to be enough to satisfy Southgate…

According to Sky Sports, the England boss wants to freshen things up for this game and will bring in Borussia Dortmund sensation Jadon Sancho in Rashford’s place.

The 21-year-old hasn’t been scoring enough of goals for club and country, so this is inevitable to happen at some stage unless Rashford improves. Sancho may not be waiting long on the team fringes if he can replicate his form from playing with Dortmund.

It could also do Rashford some good to get a little rest.