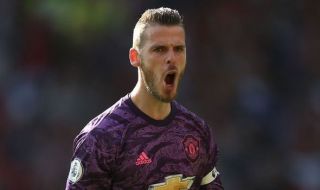 David de Gea is close to finally agreeing a new contract with Manchester United, according to The Guardian.

The goalkeeper is said to be on the verge of completing the details on terms and will be paid in the region of £290,000-a-week.

De Gea’s current deal expires next summer so a new deal will allow United plan for the future rather than worry about losing one of the world’s best stoppers for free.

It is part of Solskjaer’s job to convince his best players to remain at United. If De Gea signs it will count as a massive coup, as for some time it has seemed like he was destined for a move to Real Madrid.

The Norwegian also convinced Anthony Martial to commit his long-term future to the Old Trafford, despite the Frenchman going through a misfortunate spell at the club — not wanted by previous manager José Mourinho.

De Gea was back in goal for Spain last night after losing his place to Chelsea keeper Kepa Arrizabalaga. He knows his form has dropped lately (towards the end of last season) but, hopefully by signing a new deal, his mind can focus on United and none of the distractions that come with being one of the best footballers in your position.