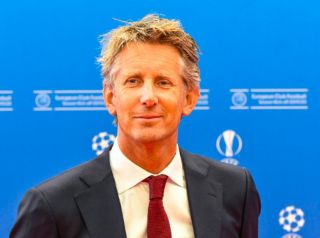 Manchester United have reportedly eyed Edwin van der Sar as their priority target in their search for a director of football.

Vice-Executive Chairman Ed Woodward has been trying to appoint someone to help boss Ole Gunnar Solskjaer secure his transfer targets for months now, but still no addition to the club hierarchy has been made.

However, according to the Mirror, van Der Sar is high up on the list of targets for the role, in which he will work alongside Woodward and provide some useful and much needed football knowledge in the boardroom.

The former United goalkeeper has greatly impressed in his current role at Ajax, where he has contributed to the developments of key talents such as Matthjis de Ligt and Frenkie de Jong as well as earning the club £220m from transfers.

Although van der Sar seems the most suitable option, given his experience of both the club and the role itself, there are concerns amongst United fans over the reports.

Firstly, the Dutchman has done such a fantastic job at Ajax that there are question marks over whether he would return to Old Trafford in the first place, given the current state of affairs.

Moreover, even with Van der Sar’s appointment, the problem of Woodward remains and there are no guarantees that he would be given the power he deserves to help turn the club around.

Woodward has proved time and time again that he is inadequate on the football side and things, and van der Sar would need promises to maintain control of the footballing decisions for him to take on and be a success in the role.

I would love for this to be true but from every article I've read, it's clear that the new position is irrelevant and whoever will be hired will be a fall guy for Woodward. I highly doubt Van der Sar would wanna be that guy. https://t.co/pYPmH6niHc

seeing a lot of talk about Edwin van der Sar becoming DOF. i'd not get too excited folks, whoever comes in we need to remember woodward will still be in charge to keep the cash flow going to the glazers. would change nothing until they are gone#glazersout

Van Der Sar would only be able to suggest targets to Woodward, i don't see how things would change with him still at the helm.

Van Der Sar as Director of Football would be a game changer. That said I have absolutely ZERO confidence in Woodward A) Making it happen B) Relinquishing the type of power Edwin would demand.
N this "why would he leave Ajax?" is embarrassing. It's Manchester United. 😫👍 #mufc

News circulating around today is that Edwin Van Der Sar has been tipped to become club's first Director of football.
Lets hope so this is true as we need one desperately.

Highly unlikely that Edwin van der Sar will leave a perfect job at Ajax to come and lead United's off the field activities. But if it could happen, it would be good appointment. He has seen how three of the best clubs function: United, Juve and Ajax. Invaluable knowledge. #MUFC pic.twitter.com/J6VsGG6MAL