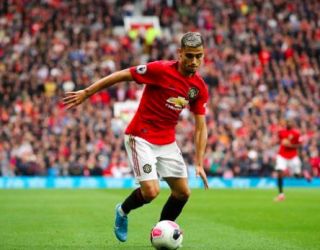 Andreas Pereira has credited Ole Gunnar Solskjaer for the support he has shown him during the Norwegian’s time as Manchester United manager.

The midfielder was rewarded with a new four-year contract this summer, keeping him at Old Trafford until June 2023.

Pereira looked impressive in several games last season during United’s purple patch following Solskjaer’s initial appointment, but has struggled to find his form at the start of this season.

With the Reds light in midfield options after no signing was brought in this summer, the 23-year-old has been given the responsibility to step up by Solskjaer.

Even at such a young age, Pereira is incredibly one of the more senior players in Solskjaer’s youthful squad at the moment, so must start performing in midfield.

NEXT:How Solskjaer should rotate his Man Utd team for the Europa League

Despite United picking up just five points in their opening four league games this season, Pereira believes the Reds are heading in the right direction and has praised Solskjaer for his positive encouragement.

Speaking in a fascinating and wide-ranging exclusive interview by Tom Kershaw of the Independent, Pereira said:

“For me (the support), it has been massive,”

“It’s very important to me that he speaks highly about me and I just want to do my best on the pitch to show the faith back to him. It’s very important for the young players to be given this confidence and, then if you have the chance, you have to take it with both hands.

“We have a very positive way of playing now,”

“It’s a style I like a lot. We’re moving in the right direction and everyone has the same mindset so I think we can achieve great goals this season.”

Solskjaer’s men need to get back to winning ways against Leicester on Saturday, and Pereira will be hoping he can play a starring role this time out if given the opportunity in midfield after some ordinary performances so far.