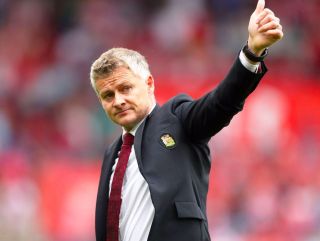 Thursday night football is back on the horizon for Manchester United fans.

The Reds had some unforgettable moments on their return back to the Champions League last season; Mourinho silencing a stunned Turin crowd and Marcus Rashford wheeling away in celebration after securing victory in Paris will live long in the memory.

But after another appalling sixth placed finish last time out, the dire Europa League action is nearly back.

Although the Europa League brings us a second-rate standard of football and away trips to the far-end of nowhere, it gives Solskjaer the chance to give valuable first-team minutes to youngsters or players on the fringes lacking game time.

With United suffering their worst start to a league season in over 25 years, the Europa League could also provide the most realistic route to qualify for the Champions League next season.

We’ve taken a look at how the Norwegian can rotate his team in the competition, as he looks to rest his key men in the group stages for the Premier League.

De Gea is likely to be rested, as he was in 2016 when United won the competition with Sergio Romero between the sticks. We expect the Argentine to resume responsibility again this time out; he is still regarded as one of the most reliable understudies in football.

The Europa League should provide the perfect opportunity for Axel Tuanzebe to impress in the first-team under Solskjaer. Many fans think it’s already the youngster’s time to step-up after a couple of mistakes from Victor Lindelof early in the season, and this should prove his chance. Solskjaer could rest new signing Aaron Wan-Bissaka for the group stage games against weaker opposition, giving Diogo Dalot a chance to get minutes under his belt when he returns from injury. Phil Jones is yet to feature this season and could form a central defensive partnership with Tuanzebe in the competition if Solskjaer decides to rest Harry Maguire.

Paul Pogba’s importance to Manchester United’s chances of success this season can’t be underestimated, so he may be given a rest as he shouldn’t be required in the group stage games at least. This gives the chance for Solskjaer’s limited selection of midfielders to make their mark. Juan Mata hasn’t had sufficient game time in so far, so could be the key man to unlock defences in the Europa League. We expect him to start several games in the competition in a new-look midfield.

As the midfield is so short in numbers following Ander Herrera and Marouane Fellaini’s exits, Solskjaer should be looking to blood some of the academy youngsters as well. Angel Gomes has to be rewarded with first-team minutes in the coming weeks, after his excellent performances in the u23’s under Neil Wood.

Scott McTominay can’t be expected to play every game in midfield either, so expect Nemanja Matic to return to a staring position in defensive midfield. The Europa League should also give the chance to England u18 international James Garner to showcase his talents, after making his debut under Solskjaer last season.

Fred has become somewhat of a forgotten man at Old Trafford after missing the early stage of pre-season due to an oddly-timed wedding ceremony. The Brazilian should be given a run out in the group stage games, and despite having a shaky start to his time at the club, some minutes in the Europa League could give him a welcome confidence boost.

Like in midfield, United are threadbare in attacking options so Solskjaer has to find a way of rotating to get the best out of what he has got.

Mason Greenwood has been knocking at the door of the Norwegian’s starting eleven all season, and the Astana game is the time to start him in a central attacking role. Angel Gomes could start in a more advanced role alongside Greenwood, but we would prefer to see the 18-year-old in midfield, supporting a front three going forward. Marcus Rashford could remain in Solskjaer’s side in an aim to build his confidence after being wasteful in the last few games or the Reds.