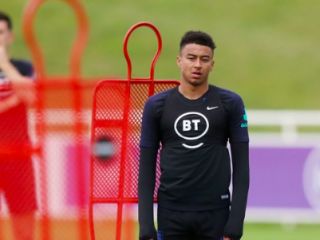 Jesse Lingard has become the latest Manchester United player to be sent home from England duty this weekend.

Lingard has returned with illness and is now a doubt for next Saturday’s clash against Leicester City at Old Trafford.

United right-back Aaron Wan-Bissaka also had to pull out from the England squad after his first senior call-up this week, because of a back-problem that he was reportedly already carrying.

Wan-Bissaka was due to make his first start for the national side under Southgate, perhaps in the Euro 2020 qualifier against Kosovo on Tuesday, but was sent home early to recover.

Paul Pogba also had to withdraw from international duty, as he was replaced by Arsenal midfielder Matteo Guendouzi in the France squad after picking up an ankle injury in the draw against Southampton.

However, according to The Athletic journalist Laurie Whitwell, Wan-Bissaka and Pogba’s injuries are only minor setbacks and both are expected to return for United’s next league game against Leicester.

#ThreeLions midfielder @JesseLingard has returned to his club through illness.