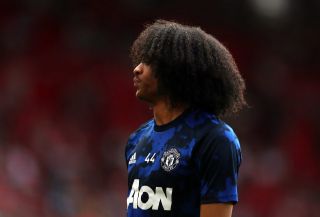 Tahith Chong appears to be in the rush to commit his future to Manchester United.

The Dutch youngster is hoping to make a greater impression on first team manager Ole Gunnar Solskjaer this season, and is seemingly taking his time before making any decision on his long-term future.

Chong is likely to get game time at United this season, in the Europa League at least, and fans will be excited to see what impact he can make.

“Of course we are talking [about a new deal],” Chong told Voetbal Primeur. “But it is still too early to say anything about it.

“The season is still long and we will see what happens. There are a lot of competitions coming up and I will focus on that.”

The winger is a good dribbler of the ball and quick, but the physical side of his game is lacking and could become a problem against defenders in the top flight.

He will be tested regardless of that. Premier League opponents will see a new kid on the block and want to remind him they’re there, ready to hit him if they can.

New signing Daniel James is an example of that but the Welshman doesn’t give up. He gets fouled countless times during a match and carries on each time.

However, referees and done their utmost to warn him against going down too easy. James has already been booked for diving this season.

We’d like to see Chong get minutes in the Europa League and League Cup this season. The experience will do him good and give Solskjaer a better idea for next summer when it comes to keeping him or sending the Netherlands youth player out on loan for key first team experience.