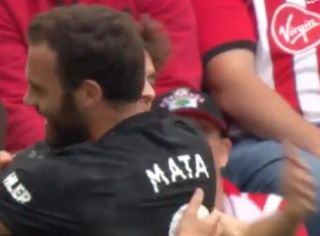 Daniel James has not only won Manchester United player of the month, but the Welsh winger has also picked up an award for the club’s best goal in August.

It was the stunner he netted in the draw with Southampton just before the international break.

The 21-year-old has settled in quickly at United and it already the team’s top goalscorer this season. Sure, he’s still coming to terms with being a Premier League player but James could not have asked for a better start as an individual.

Of course, he’d liked to have started with a run of wins but United have been poor. A bright start with a 4-0 win had most feeling optimistic but that was followed up by two points in three games, against lesser teams too.

🌟 @Daniel_James97’s super strike v the Saints has been voted our Goal of the Month for August! 🌟 #MUFC