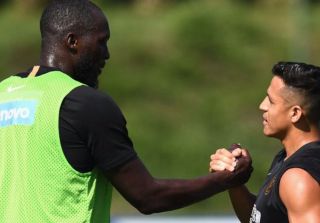 Fabio Capello has given his thoughts on both of Inter Milan’s arrivals from Manchester United this summer.

Belgian striker Romelu Lukaku joined the Serie A outfit after falling out of favour at Old Trafford before Chile international Alexis Sanchez moved to the San Siro on a season-long loan.

But Scudetto winner and former England manager Capello spoke to Radio Deejay about the opening two weekends of the new season.

“Lukaku is a good player with good movement,” he said, as per Football-Italia. “He scored two goals, one was a penalty and the other an error from the goalkeeper. He is of use on the field, but is not world class.”

Sanchez, on the other hand, has yet to make his Inter debut. Capello reckons he can make a difference for the Nerazzurri.

“Sanchez has quality and in some areas of the field, he can make the difference, if he wants to. It’s a little like what Franck Ribery did for Fiorentina when he came off the bench against Napoli, he can use his pace.”

We all thought Sanchez would have made a difference for José Mourinho’s United side but it wasn’t to be, and Ole Gunnar Solskjaer addressed the probably quickly by sending him out on loan.

United would have preferred to lose Sanchez on a permanent deal but nobody in Europe is going to match his wages… so the next best option was to loan him out.

Losing the attacking pair to Inter leaves United extremely light in attack. An injury to Anthony Martial or Marcus Rashford could spell disaster for Solskjaer.