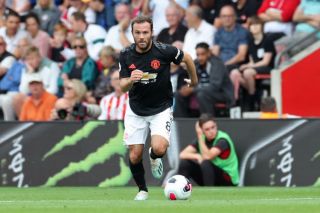 Manchester United have had a disappointing start to the season and we’re now in the middle of an international break, hoping for a fresh start when the Premier League season resumes next weekend.

Ole Gunnar Solskjaer must now get the squad to regroup and get their act together by learning how to put away lesser opponents.

He could do with one of the most experienced players standing up, especially one who plays regularly, and not Ashley Young who Juan Mata says is the dressing room leader.

No disrespect to Youngy. I give him less of a hard time than others because he’s been a good servant to United over the years, only ever giving his all and showing plenty of initiative by travelling away with United fans in the past (when out injured).

“Ashley Young is a leader in the dressing room and he gets everyone ready for the games,” Mata is quoted as saying by the Manchester Evening News at a promotional campaign for United partner Chivas.

For Young, this may explain why recent managers have chosen him to wear the captain’s armband on so many occasions. Ole Gunnar Solskjaer hasn’t announced who will be club captain this season yet, though that probably means the status will remain under the England international whenever he plays.

While people criticise him constantly, Young is versatile enough to play a number of positions which is probably the reason Solskjaer is keen to keep him around this season.

Hopefully he can ‘lead’ his team-mates to better results in the future.