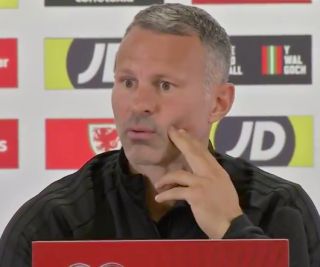 Wales boss Ryan Giggs says he is not surprised that new signing Daniel James has made a flying start at Manchester United.

James has made an immediate impression at Old Trafford since his £15m move from Swansea this summer, scoring three goals in his opening four Premier League appearances.

The 21-year-old was United’s most promising player in Saturday’s draw away to Southampton, and is looking to establish himself as a first-team regular under Ole Gunnar Solskjaer.

His lighting speed is going to cause huge problems for Premier League defences this season, and under the right guidance from Solskjaer he should improve in his decision making in the final third to improve his overall game.

James should also learn plenty during international breaks under Wales coach and United legend Ryan Giggs. The winger will be hoping to follow in Giggs’ footsteps at Old Trafford so should take on board all the advice he can get from the club’s highest appearance maker.

Giggs will be hoping James can continue his form in Wales’ must-win Euro 2020 qualifiers against Azerbaijan and Belarus.

See what he had to say about United’s new signing below:

"Confidence is everything. He's at the right club"

Ryan Giggs is excited by Daniel James' start to life at Man Utd and hopes he can continue that form for Wales in their #Euro2020 qualifiers this week, live on SKy Sports. pic.twitter.com/ZfcszoNjte