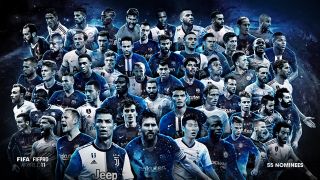 With the Premier League dominating FIFA FIFPRO World 11 shortlist for the first time since 2009, two Manchester United players have made the cut.

The list consists of 55 players with David de Gea and Paul Pogba representing the Red Devils.

Interestingly as it wasn’t a great year for De Gea, whose standards dropped significantly towards the end of the season when it seemed like he was making mistake after mistake.

The Spaniard has yet to put pen to paper over a new deal and with his current contract set to expire next year, I’ve started to feel different about losing him than I would a year ago.

It was a better year for Pogba on the international stage than it was for United. Sure, it was his best season yet in terms of goals contribution but he still wasn’t consistent enough. He will still look back at 2018 fondly after winning the World Cup with France and playing a key role in the final against Croatia.

The World XI will be revealed on Monday September 23rd during the Best Football Awards which is being held in Milan.