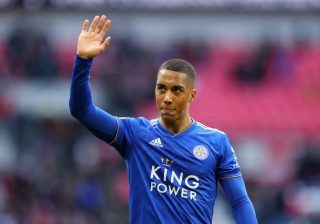 Youri Tielemans has addressed the transfer speculation linking him with a move to Manchester United this summer.

The Belgian midfielder signed for Leicester City, the side he made a big impression with following his loan move from AS Monaco last January.

The Reds were rumoured to be interested in the 22-year-old, who eventually signed a four-year deal to sign for Brendan Rodgers’ side.

“During the transfer window, I was happy of the interest of certain big clubs,” he said as quoted by Manchester Evening News.

“I needed to make a choice for my young career and I think it was the right one. To arrive off the back of a €45m transfer doesn’t change anything.

“They already knew me at Leicester. My loan spell went very good. I wanted to continue playing in this club.”

Tielemans has already made an encouraging start to the season for the Foxes and is the type of midfield signing the Reds should have been looking at bringing in during the summer.

The former Anderlecht star proved his ability to adapt to the Premier League in his short loan spell last season, and at €45m was a bargain for a player of such talent and potential.

Tielemans would have added some much needed quality to Ole Gunnar Solskjaer’s midfield, but instead the Norwegian has been left short after no replacement was signed for Ander Herrera or Marouane Fellaini.

Tielemans was speaking ahead of Belgium’s upcoming Euro 2020 qualifiers against San Marino and Scotland. 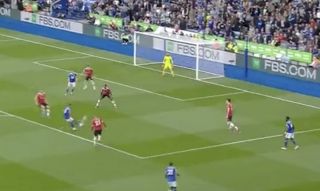