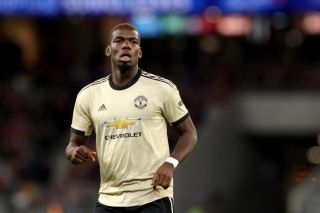 Manchester United have reportedly been in touch with agent Mino Raiola to discuss the possibility of Paul Pogba signing a new contract with the club.

That’s according to French newspaper L’Equipe, cited by the Manchester Evening News, suggesting that United wish to tie the midfielder down for the long-term.

There has been plenty of speculation about Pogba moving to Real Madrid, with the Evening Standard claiming Ole Gunnar Solskjaer was ‘irritated’ by Zinedine Zidane’s lack of discretion regarding a possible deal.

Pogba’s form thus far this season may be questioned by United fans, but the France international is only second to Manchester City star Kevin De Bruyne in the Premier League when it comes to chances created from open play, as revealed below by Statman Dave.

Paul Pogba has created 11 chances from open play in the Premier League this season, only Kevin De Bruyne (13) has created more.

United take on Leicester City after the international break, though it remains to be seen whether Pogba will be fit to face the Foxes after withdrawing from the France squad with an injury he sustained against Southampton last weekend.

Even if Pogba signs a new deal at Old Trafford, it would be a surprise if he stayed at United beyond next summer’s transfer window.