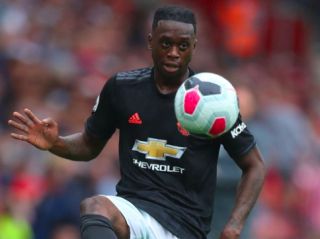 Manchester United stars Aaron Wan-Bissaka and Paul Pogba should be back to face Leicester City at Old Trafford after the international break, according to Laurie Whitwell.

The Athletic reporter for the Reds revealed in an exclusive Q and A for the website that the pair only have ‘minor complaints’, so should be fit to face the Foxes on September 14th.

Wan-Bissaka had to pull out of Gareth Southgate’s England squad because of a recurring back problem, which the Telegraph reported the right-back was already carrying before his first call-up to the national side.

The 21-year-old’s injury must be carefully managed at the club, as he is already becoming an important figure in Ole Gunnar Solskjaer’s side.

Since his £50m summer move from Crystal Palace, the youngster has already established himself as the first-choice right-back with a string of impressive defensive showings.

Diogo Dalot and Luke Shaw are currently ruled out through injuries of their own so it’s imperative Wan-Bissaka can stay fit and be a mainstay in Solskjaer’s team.

Meanwhile, Paul Pogba is also set to return after picking up an ankle problem in the draw to Southampton on Saturday.

Pogba was replaced in the France squad by Arsenal midfielder Matteo Guendouzi, and is taking the international break to recover from the knock ahead of the Leicester game.