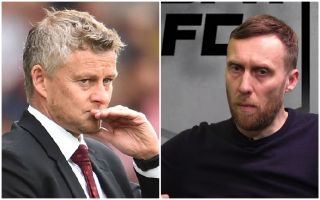 Manchester United have picked up 5 points from their opening four Premier League games this season.

The transfer window saw Ole Gunnar Solskjaer sign three new players – Daniel James, Aaron Wan-Bissaka and Harry Maguire – though questioned were asked before the season began about whether the overall squad looked stronger than it did a year ago.

Selling Romelu Lukaku and not signing another striker to replace the Belgian looks like a risk that will come back to bite United in the arse, not to mention losing Alexis Sanchez on loan to further limit Solskjaer’s options in attack.

ESPN FC’s Alexis Nunes, Julien Laurens and Mark Ogden have reflected on United’s start to the new season when highlighting the teams they’ve been impressed and disappointed by since the 2019/20 campaign kicked-off.

Ogden claims Leicester City have been one of the more impressive sides thus far, and it will be interesting to see how United get on against the unbeaten outfit after the international break.

The former Telegraph hack has been disappointed by United in their worst league start in 27-years!

Laurens, on the other hand, doesn’t think Tottenham have been good enough.