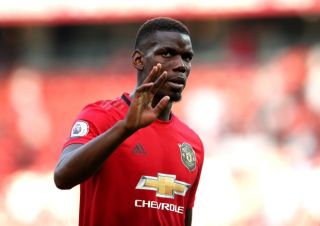 Twitter has released a statement explaining how they intend to address racist abuse aimed towards footballers.

Both Marcus Rashford and Paul Pogba have both been the subject of racial abuse in recent weeks, with every sane person connected to the club, and football in general, showing utter disgust in response.

Something needs to be done about racism in football with former Manchester United striker Romelu Lukaku receiving vile abuse at the weekend, during Inter’s clash with Cagliari. That proves – as everyone is aware – this abuse exists mostly in society and is not exclusive to keyboard warriors.

Lukaku, who left United this summer, was set to take a penalty before being terrorised by some fans who were emulating sounds a monkey would make.

It’s disgusting and inexcusable, but until something serious is done about racism these incidents will continue to happen – and that’s just not good enough.

More needs to be done by social media companies to safeguard its users against racist abuse.

Twitter has today released a statement on how it plans to combat the recent problems, writing: “We are sharing a brief update on the work we are doing to address incidences of abusive and racist behaviour towards UK footballers on the service in recent weeks.

“In the past two weeks, we have taken action on more than 700 examples of abuse and hateful conduct related to UK football. This vile content has no place on our service. We will continue to take swift action on the minority that try to undermine the conversation for the majority.

“In that same time, we have met with the @PFA, @kickitout and directly affected football clubs, and agreed a number of proactive measures to tackle this issue collectively.

“Working with the @PFA , we will participate in their player training programme and will be joining a series of educational sessions with its membership to support the PFA’s ambition to tackle the issue.

“Working with @kickitout , we will continue our working relationship with UK policing to further brief them and provide training on our policies, procedures and dedicated 24/7 reporting channels for law enforcement.

“To be clear; this behaviour does not reflect the vast majority of fans who use Twitter to participate in vibrant conversations around football in the UK. We have spent years forging strong partnerships with clubs, organisations and supporters and deeply value the relationships.

“We want to play our part in curbing this unacceptable behaviour — both online and offline — and will continue engaging with partners and clubs, protecting the conversation from abuse, and taking rapid action on accounts that break our rules.”