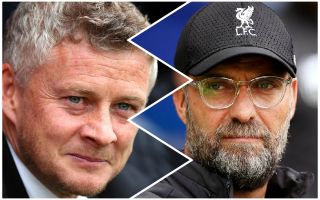 Gary Neville has shared the view that Ole Gunnar Solskjaer can be compared to Jurgen Klopp when he took over Liverpool.

The former Manchester United captain has backed his ex-teammate to be given more time to implement his style on the squad, which thus far has been disappointing with the Red Devils struggling to break down lesser teams such as Wolves, Crystal Palace and most recently Southampton – all of who have taken points from us this season.

Solskjaer must be given time to clear out his squad before he rebuilds it the way he plans. That won’t happen overnight and it could take four to five transfer windows to fully sort, and that’s without possibly losing key players like Paul Pogba and David de Gea which now seems inevitable in the near future.

READ MORE: Scholes names 3 United players he was disappointed with in Southampon draw

It’s a huge job which more experienced managers failed to thrive in… David Moyes was never the right man, Louis van Gaal’s football bored everyone to tears, and I’m fully convinced José Mourinho would go for blows with his shadow.

Speaking on The Gary Neville Podcast, the Sky Sports pundit said: “What Pep Guardiola and Jurgen Klopp have done at Manchester City and Liverpool, it took time to get right.

“It took Guardiola 12 months, three transfer windows, because he had a better squad in the first place. It’s taken Klopp three or four years to affect the culture fully and get a team fully in what he would say is his style, his culture and what he wants to do.

“It does take time. Solskjaer is working more with a squad like the one Klopp picked up at Liverpool than the one Guardiola inherited at City. From that point of view this is going to be a long game at Old Trafford and it’s going to be frustrating at times.”

Of course, there is a big difference between the two managers, especially when you consider Klopp’s success at Borussia Dortmund before he got the Liverpool job.