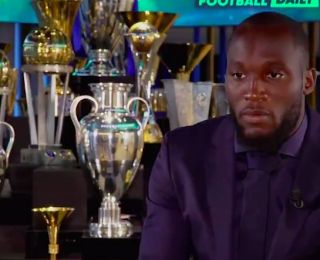 Romelu Lukaku says that the loan signing of Alexis Sanchez is a ‘great addition’ for Inter Milan.

As per BBC Sport, the Chilean joined Inter on a one-year loan, and will stay with Antonio Conte’s side until June 2020.

It is believed there is no buy option in the contract as the Reds feel they will be able to spark a bidding war for the player if he has a successful loan spell.

NEXT:(Video) How the news of Chris Smalling’s move to Roma was broken

Lukaku, who made the £74m permanent switch to the Nerazzurri has praised Sanchez for being a ‘great man’ and hopes the 30-year-old can add the spark needed to help them compete in the Serie A this season.

Sanchez endured a torrid 19 months at Old Trafford, so it will be interesting to see whether he can somehow rediscover his form in the Italian league, where he has previously thrived for Udinese.

Neither Sanchez or Lukaku were replaced after their departures from the club, leaving Ole Gunnar Solskjaer light in attacking options for the season.

Solskjaer is now relying on Marcus Rashford, who’s form has been indifferent in recent games, and Anthony Martial to deliver the bulk of the goals.

However, BBC Sport believes that the Norwegian wants to give more opportunities to Mason Greenwood in the first-team; the youngster looked dangerous in his brief cameo against Southampton on Saturday.

See a clip from Lukaku’s interview with Sky Sports below: