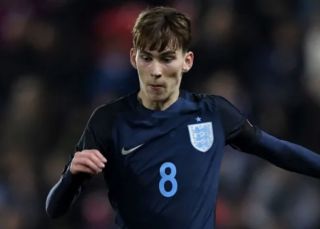 A second Manchester United player has pulled out of international duty this week.

Yesterday it was Paul Pogba who has withdrawn from France duty after sustaining a knock in United’s 1-1 draw with Crystal Palace over the weekend.

According to the FA’s website, England U19 international James Garner is the latest to pull out but we are not given any more information on whether it’s due to an injury or not…

Garner has been a standout performer for United’s U23s this season after impressing with the first team on pre-season tour.

The midfielder appears to be part of Ole Gunnar Solskjaer’s plans, although he has not featured under the Norwegian this season.

United didn’t sign a central midfielder in the summer and questions have been asked of squad’s depth as well as quality, especially in the midfield department.

Fellow youth team graduate Scott McTominay started the season strongly but has since faded – along with the results following our 4-0 win over Chelsea on the opening weekend of the new campaign.

Until we know what the injury is, or whether Garner is actually injured, it’s all speculation for now. A decision may have been made to let him rest-up over the next two weeks.