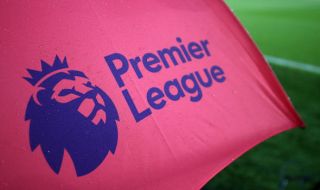 It will come as no surprise that Manchester United are one of the Premier League clubs backing plans to scrap the early closing of the transfer window.

According to the Daily Mail, this could see English clubs move back in line with the rest of Europe.

The transfer window closed for clubs in Italy, Spain, Germany and France shut on Monday night.

READ MORE: Video: Lukaku explains why he is delighted to reunite with ex-Man Utd teammate at Inter

A shareholders’ meeting is due to commence on September 12, with the issue of scraping the premature end to the transfer window on the agenda.

Mike Keegan of the Mail claims: “A vote may well take place at the summit, although it could be deferred to November.”

The report adds that both Manchester clubs were against the proposal which passed with the backing of 14 clubs in 2017. It would need at least 11 votes in favour of scrapping the rule for anything to chance, but the feeling you get from reading the report is that clubs have woken up and will act to change.

It gives European clubs an unfair advantage on the English teams – playing to win the same competitions – and there’s been complaints from Premier League managers.

Given how the Red Devils sold Romelu Lukaku without signing a replacement, it makes you wonder if Ole Gunnar Solskjaer had the last few weeks to buy players, after an underwhelming start to the season, would he have dipped into the market to sign a goalscorer.

It’s a ridiculous rule and it needs to be changed for next summer. Why would Premier League clubs shout themselves in the foot?