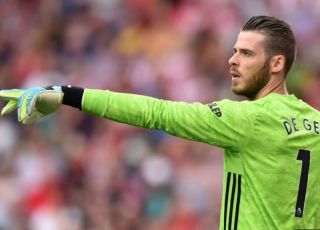 It’s not the first time we’ve been linked with the Slovenian goalkeeper nor is it the first time these reports have come at a time there is uncertainty over David de Gea’s future.

As per The Sun, De Gea is yet to put pen to paper over a new deal with the Red Devils, with his current contract set to expire next summer.

It’s also noted that De Gea could be sold in January for a fee of around £30m which for a goalkeeper of his standards is daylight robbery.

So because of this United are eyeing up potential replacements. Oblak and Dominik Livakovic are both named in The Sun’s report.

It won’t be easy replacing De Gea if it comes to that. The Spanish international has had his difficult times between the posts, but has often kept United in games almost single-handedly.

Losing Dave would be considered a huge blow for manager Ole Gunnar Solskjaer.

Such a blow, however, would be cushioned by the arrival of Oblak. Another top keeper.