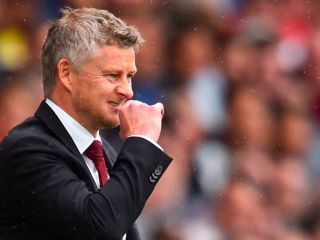 It’s yet another hugely disappointing result for Manchester United fans.

The Reds were held to a 1-1 draw to 10-man Southampton at St Mary’s, meaning Ole Gunnar Solskjaer’s men have now lost even further ground in their battle to reach Champions League qualification.

United have now won just one game in the first four, and five points at this stage is simply not acceptable.

Daniel James had given United the perfect start with a thunderous strike early on, but Solskjaer’s men could never gain full control of the game and looked lethargic throughout.

United were given the perfect opportunity to go on and seal all three points with Kevin Danso given a second yellow following a reckless challenge on Scott Mctominay.

The Reds set up camp in the Saints half in the closing stages and laid siege to the opposition goal, but predictably, could not capitalise by creating the decisive chance to score a winner.

Disappointing result but not entirely unexpected – there's going to be lots of these days this season for #MUFC. I would like to see Tuanzebe start ahead of Lindelof for the next few games. Lots of work to do.

5 points from 4 games is piss poor

Sort it out @ManUtd #mufc

That’s a really poor result, dropped points against Wolves and Southampton from winning positions and already suffered a terrible home defeat to Palace. 2 points from a possible 9 against those 3 sides. It’s going to be a long season.

Another disappointing result to take so early on in the season.

McTominay and James were our best performers today – their attitude and mentality was quality.

Trying to stay positive for season but its not looking very promising is it.

Last minute of injury time, your full-back (who spent most of his career as a winger so probably should be able to cross) has six players to aim at, and floats the ball over all of them. I can’t cope with this team. Apart from the three new signings. I like them.

First two games good. Next two definitely not. OGS made some big decisions and everyone @ManUtd knows it will take time. But could be 7 behind Liverpool tonight and Leicester, West Ham and Arsenal to come next. All top half and dangerous.

Another dissapointing result, didn't come out in the second half, poor from Lindelof again getting beaten in the air, and toothless even against 10 men. Really worrying.