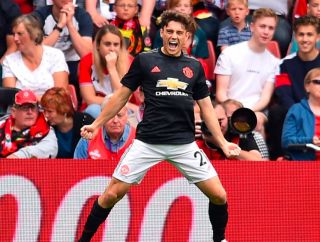 It’s been an unconvincing performance so far from the Reds, but the Welshman’s quality is what separates the two sides.

James cut inside following a swift United counter-attack and rifled the ball past a helpless Angus Gunn into the top right corner.

The goal means James has now scored three goals in his opening four United games, and is already level with flop Alexis Sanchez with his amount of Premier League goals.

It’s great to see the winger hit the ground running this season, after question marks being raised by many following his summer arrival from Swansea City.

The stat shows just how much of an impact James has made early on with goals also coming against Crystal Palace and Chelsea. But it also shows just how disastrous Alexis Sanchez’s 19 month spell at Old Trafford was before his loan move to Inter Milan.

Daniel James has now scored as many Premier League goals for Manchester United as Alexis Sanchez.

Click here to see James’ stunning effort to give United the lead.