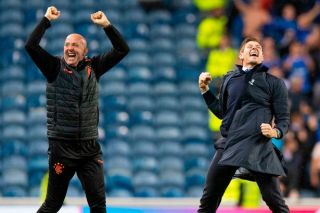 This season’s Europa League group stage draw will be held at the Grimaldi Forum in Monaco this afternoon.

Both sides will be involved in Friday’s draw after Rangers striker Alfredo Morelos scored a stoppage-time winner against Legia Warsaw in Thursday’s play-off match at Ibrox.

The last time the two sides met was nine years ago – in a Champions League group game at Ibrox – when Wayne Rooney’s 87th-minute penalty gave United a 1-0 win.

When asked who he would like to draw in the group, the former Liverpool captain said as per Sky Sports: “I wouldn’t mind parking the bus at Old Trafford.”

Some media outlets would pathetically build-up such a game as the Battle of Britain, but that’s not very accurate considering how far Rangers have dropped since they were last in the Champions League.

It’s also a second rate competition – with or without Manchester United involved.

Rangers centre-back Connor Goldson is also eager to draw United in the next round, saying: “Maybe it’s inevitable we get Manchester United. Hopefully we do.

“We want to play against the big European teams and there’s a few in the hat. It would be good to test ourselves against the best.

“Rangers are about group-stage football. The gaffer reminded us at the start of qualification that we needed to deliver European football to Rangers.

“It’s a massive selling point to any player coming here. We all want to take this club to have as high a profile as possible and as players we want to play against teams from different countries.”

As far as United are concerned, we’ll take any trip as long as it’s not too far away like Russia. It’s always nice to draw teams in cities you’ve never been before, especially for the travelling support.

There will be live coverage of the draw on Sky Sports News. 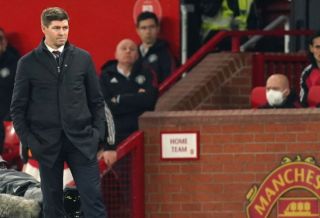 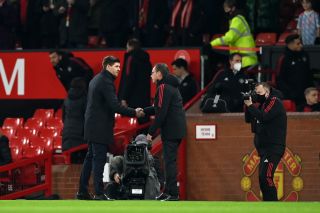