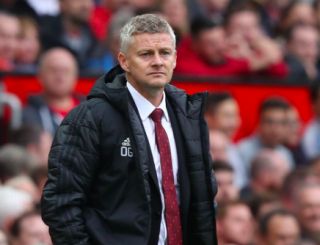 Solskjaer revealed Smalling is currently travelling to Italy ahead of a season-long loan switch to Roma.

As per the Guardian, the Serie A giants will pay £2.7m for Smalling’s services, but there is no option to buy at the end of the season.

The 29-year-old could have been a solid back up option at centre back ahead of Phil Jones and Marcos Rojo, but could not be guaranteed regular first-team football after the summer signing of Harry Maguire and return of youngster Axel Tuanzebe.

Solskjaer also provided updates on the futures of Marcos Rojo and Matteo Darmian in his press conference ahead of Saturday’s game against Southampton.

“I can see maybe maybe Matteo,”

“There has been some interest in him, Marcos is staying definitely. We have a squad now which is less in numbers but still big enough and strong enough.”

Darmian’s time at Old Trafford has been up for over two years now and it looks like he will finally get his long-awaited switch before the European transfer window shuts on September 2.

Some fans won’t be pleased to see Marcos Rojo remain at the club, but Solskjaer may feel he needs left-back cover with Luke Shaw and Diogo Dalot both currently out with injury.

That leaves Ashley Young as the only recognised player for the position, so the Argentine may be required to provide some squad depth with the Europa League starting next month.

Solskjaer has confirmed at his press conference this morning that Chris Smalling is travelling to Italy today to sign for Roma on loan. Darmian set to leave as well. Rojo definitely staying.