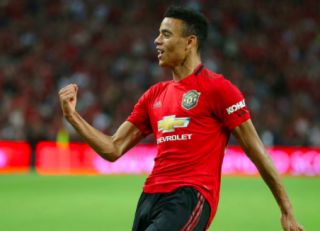 Ole Gunnar Solskjaer has some injury issues to contend with ahead of United’s game against Southampton at St Mary’s.

Luke Shaw and Anthony Martial are both ruled out, leaving Solskjaer short in options  against Ralph Hassenhuttl’s side.

It’s crucial for the Reds to get back to winning ways following dropped points against Wolves and the loss to Crystal Palace last weekend.

Made a poor mistake against Crystal Palace costing United a point. Must start cutting out these errors as we still wait to hear conformation of his contract extension.

The youngster is making the right-back position his own under Solskjaer and is already becoming a fan favourite at Old Trafford. We will hopefully see him support the attack’s on the overlap down the right flank.

The Swede was to blame for Crystal Palace’s opener last weekend, after being beaten far too easily in the air to allow Jordan Ayew to score. However, Lindelof should keep his place and continue to build on the promising defensive pairing at the back.

Was criticised after his performance against Crystal Palace, but offers Solskjaer’s side a different dimension, through his comfort on the ball and ability to play forward. We hope for a commanding defensive performance in this one.

The injury to Luke Shaw will prove a blow for Solskjaer, but Young should be able to provide adequate cover in the position if he stays fit.

McTominay struggles when looking to be creative against teams that sit back, as could be the case with Southampton. United desperately need to look at midfield options in January, but for now the 22-year-old is probably the best Solskjaer can select from.

Remains United’s totemic creative outlet, as well as  having todrop deep and collect the ball from defenders. The Frenchman will be relied upon by Solskjaer to provide the goal scoring opportunities at St Mary’s.

James received unnecessary criticism for his celebration following what was a brilliant equaliser against Crystal Palace. Anthony Martial’s injury means the Welshman could start from his favoured left position, high on confidence, in a new-look front three.

Jesse Lingard is not the solution in the number 10 position and has failed to justify his selection  in the early stages of the season. Mata, meanwhile, deserves a chance to start tomorrow’s game as he looks more likely to create opportunities in the final third, and is dangerous from set-piece situations.

Martial’s injury should mean Rashford gets the chance to start centrally against the Saints. He will have a point to prove after last weekend’s poor showing against Palace, where he missed a penalty and again proved why he shouldn’t be on free-kick duty.

This is the 17-year-old’s opportunity to shine after several substitute cameos. We expect Greenwood to be deployed from the right if he starts, but could also play centrally if Rashford remains in the inside-left position.  It could be a great chance for the youngster to display his talents and stake a claim for a regular first-team spot.