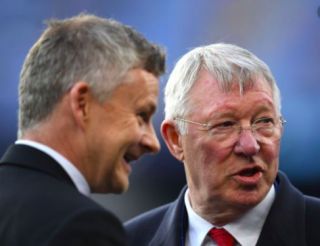 Not since the summer of 2014 has United’s squad seen a cull like this. Back then, in the early days of Louis van Gaal’s tumultous tenure the patheon of our last title winning side was painfully and inexorably broken up. Rio Ferdinand, Nemanja Vidic, Patrice Evra, Shinji Kagawa, Anderson, Darren Fletcher and Danny Welbeck were all either sold or released as Van Gaal wielded the axe and cut the squad down to size, armed with a sub £100m warchest.

Three quarters of United’s greatest ever defensive quartet  – totemic titans who came as unknowns but left as captains, leaders, legends and the last reminder of former glories – rode off into the sunset all within weeks of each other. Five years on, and none have been replaced. Four players have left Old Trafford on Ole Gunnar Solskjaer’s watch but this time it’s different. He’s getting rid of players in their prime rather than those coming towards the end of their careers.

There’s an argument that Rio, Vida and Evra should not have been moved on and instead stayed at United until they retired. There can be no debate about Solskjaer’s jettison. Instead of buying quantity to replace quality, opportunity knocks for United’s next generation under the Norwegian. Not only is he bringing in players who want to play for United but he’s either sold or frozen out those who have been a major part of our malaise. I really like what he’s trying to do but it will take time.

As big name boss replaced big name boss – Jose Mourinho in for the departed Dutchman – that level of expenditure has only continued and even increased. The squad has undeniably had millions spent on it. But, as Alexis Sanchez brought his woeful time at the club to an end and joined former United team mate Romelu Lukaku at Internazionale, as per BBC Sport, Solskjaer has finally addressed the elephant in the room that his predecessors have either been unwilling, or unable, to do.

There may justifiably be questions and concerns over Solskjaer’s long-standing suitability for the job – only three wins in 18 games since THAT night in Paris – but he’s doing a lot of things right. Marouane Fellaini wasn’t good enough. Gone. Romelu Lukaku. Never up to speed. Gone. Sanchez. Probably the worst signing this club has even made. In fact, arguably the worst ever Premier League signing. Out the door. Chris Smalling. A loyal servant and a trier but bar that one season when he channelled his inner Paolo Maldini, he’s never good enough. Off to join his former team-mates in Italy. A clear emphasis, a faith in youth and dispelling the myth that he’s too loyal and too keen to please. The cull carries an element of risk, but what doesn’t in life. All the best leaders have to take risks to get their job done.

Not only did Messrs David Moyes, Van Gaal and Mourinho fail to shift the deadwood, but their continued trust of never-good-enough players was just one of a plethora of problems that has plagued United and become synonymous with our post-2013 raison d’etre. There has been more deadwood in this squad than at the original trials of Viagra. Only in the world of FIFA and Football Manager can you be shot of nine players in one hit. In reality, it’s a far more gradual process and whilst there are others whom also need to go after clogging up the wage bill for so long – Phil Jones, Marcos Rojo, Nemanja Matic and Ashley Young to name but four – it is a start.

The arrival of Harry Maguire was desperately needed but left United with seven centre-backs on the books. Something had to give and the fact that Smalling had not made the squad for any of our first three games this season was telling. It showed that he was not part of Solskjaer’s plans with Axel Tuanzebe promoted ahead of him.

To quote the man himself: “I will be successful here. There is chance you have seen the last of some of these players.” A few months on and he has been as good as his word.