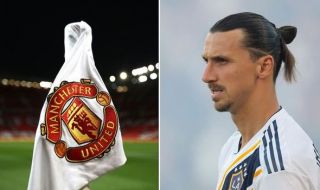 Zlatan Ibrahimovic believes he could easily still play in the Premier League and joked he would return to Manchester United if they needed him.

And, on early impressions this season I don’t think too many people would say no to the MLS striker.

The Swede left Old Trafford in 2017 and is currently banging in the goals for LA Galaxy (46 in 49 appearances).

He has joked he could still perform in the Premier League, but it’s no laughing matter really…

“I could play easy in the Premier League, so if United need me, I’m here,” he said, as quoted by the Sky Sports. “But Galaxy has me, so I’m sorry.

“Nah, I did my job in Europe. I enjoyed it, I have 33 trophies that I brought with me here and hopefully I can get something here. And then we will see where that adventure finishes.”

Ibrahimovic has had to fight back from serious knee ligament damage, an injury he sustained in his first season at United, where his 28-goal haul helped José Mourinho side win the Europa League and the League Cup.

Unfortunately for Ibrahimovic and everyone at United, he would only make a further seven appearances in his second season before heading to the United States.

United could have done with Ibrahimovic’s brilliance up top in their last two games – drawing with Wolves and losing to Crystal Palace – and he’s been watching from afar.

“I look, I look, I look,” he added. “I saw the last game and I think they were unlucky. If they score the penalty, it’s a different game but a game in England is not finished until it’s finished.

“Anything can happen, especially in the last minutes where everything is in the heat of the moment.”

A return for Zlatan is unlikely but I’d definitely take him back in January on loan.