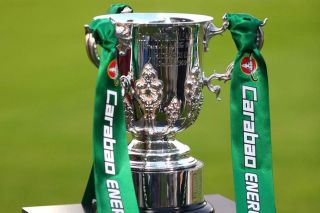 The Carabao Cup is set to heat up as the Premier League’s top clubs enter the competition for the third round draw.

Below are the teams Manchester United could face in the upcoming round.

Plus the winners of the following matches to be played tonight.

Rivals City will be looking to retain the trophy they have won the last two seasons, having defeated Chelsea on penalties at Wembley last season and Arsenal 3-0 the year before.

We will have coverage of the draw tonight following Everton’s trip to Lincoln. They expect this to take place around 10pm because there’s no extra time in the League Cup.

The draw, hosted by Laura Woods, will also be broadcast on Sky Sports Main Event and Sky Sports Football.