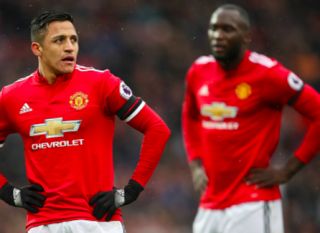 As per BBC Sport , Sanchez will complete a loan switch to Antonio Conte’s side before the European transfer window shuts on September 2.

Inter have been in negotiations to sign the United flop for weeks and finally look to have got their man.

And according to the Daily Mail, Lukaku had a hand in the deal by convincing Sanchez to join him in Italy.

Their report claims that the Belgian striker initiated several phone calls with Sanchez, selling the beauty and ‘elegance’ of Milan in comparison to Manchester.

As a result of these conversations, it is believed that the 30-year-old wanted to accelerate negotiations between the two clubs because he was so convinced it was the right move.

Sanchez had a disastrous 19 month spell at Old Trafford, so it will be interesting to see if he can recreate anything like the form that got him the move from Arsenal.

While we expect Lukaku to hit the ground running and score a large number of goals for Inter, we are unsure whether Sanchez will resurrect his career and find his old form again in Italy.