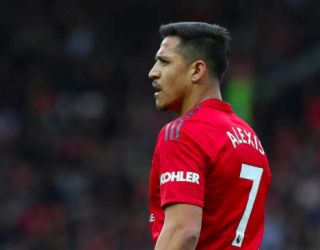 Alexis Sanchez’s move to Inter Milan looks like it is finally nearing completion.

According to BBC Sport, the two clubs have agreed on a loan deal and the transfer will be completed before the European transfer window shuts on September 2.

Sanchez will join former United teammate Romelu Lukaku at the Serie A club, putting to an end a disastrous spell at Old Trafford.

The Chilean came with so much promise after being one of the standout players in the Premier League while at Arsenal.

He had proven his ability to win games almost single handedly for the Gunners, and was seen as a player finally worthy of the prestigious number 7 jersey.

But 19 disastrous months later, Sanchez is about to leave the club after scoring just 5 goals in 45 appearances.

As per the Express, Arsenal had warned United at the time that Sanchez was somewhat of a ‘loner’ and did not integrate within the squad.

The report suggests the 30-year-old was unnecessary sullen at times at the Emirates.

So there was clearly an attitude problem with Sanchez, despite the clear talents he was expected to bring and perhaps that’s the reason he never struck a partnership with United’s forwards such as Anthony Martial and Marcus Rashford.

The forward looks to be in a downward spiral, with injuries shattering any confidence and his ability unexplainably just not there like it used to be.

United should have listened to Arsenal after all, but Jose Mourinho and co took a punt on a player they thought could be world-class at Old Trafford.

Instead, the £400,000 per-week flop (BBC) is now set to leave on a season-long loan, leaving current boss Ole Gunnar Solskjaer with just a handful of academy youngsters as back up attacking options.