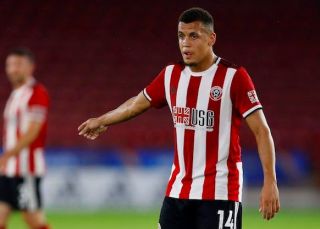 Former Manchester United prodigy Ravel Morrison put in a man of the match performance in his competitive first team debut against Blackburn on Tuesday night.

Morrison made a decisive assist to Oliver Norwood on the edge of half-time, helping the Blades to a 2-1 victory over Tony Mowbray’s side.

The 26-year-old was regarded as one of the most talented players to come out of the academy in years, and was highly-rated by then boss Sir Alex Ferguson.

Attitude problems and injury setbacks halted Morrison’s career, but it’s great to see Chris Wilder give him a chance at a Premier League side and we hope to see him feature in the league in the coming weeks.

Happy to complete my first 90minutes, Not the best of games but team Dug deep
Buzzing to Get MOTM & assist @SheffieldUnited next Round blades family ❤️ pic.twitter.com/6JD4gxKaz0

Ravel Morrison man of the match? Tears in my eyes!🔴🔴🔴🔴

Honestly! I’ve wanted Ravel Morrison to fulfil his potential for the longest of time, like you said, hopefully he can just keep his head down and focused on his football 🙏🏼

Our boy is doing well