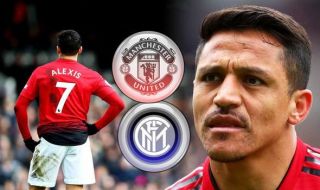 Piano at the ready!

Alexis Sanchez is due to arrive in Milan at 3pm ahead of his medical before joining Inter on a season-long loan from Manchester United.

The Chile international joined United in January 2018 following a surprise switch from Arsenal but failed to impress during his time at Old Trafford.

Fans won’t lose sleep over his departure but it does represent a risk for Ole Gunnar Solskjaer, who already has a lack of attacking options following the Romelu Lukaku’s transfer to Inter.

Sanchez is now expected to join Lukaku at San Siro and both clubs are scheduled to discuss a permanent deal next summer.

BBC Sport reporter Simon Stone understands that Sanchez will arrive in Milan today at 3pm before undergoing a medical and completing his switch to the Serie A side.

Sanchez due in Milan for @Inter_en medical at 1500 local time.

Sanchez did not make an appearance for United this season as transfer speculation reached the gossip columns all summer.

He had a decent Copa America but it looks like Solskjaer already made a decision on the forward to let him leave the club.