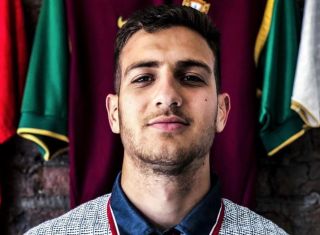 Diogo Dalot with a Manchester United throwback to 1995. Can you see it?

In the midst of a particularly arduous challenge with Newcastle for the title, United had won 11 of their 12 last games. During this streak the Red Devils travelled to Southampton, wearing the grey jersey from the picture of Dalot, and were 3-0 down at half-time.

United made some changes at the break. Paul Scholes on for Nicky Butt, the blue and white jersey instead of the grey.

READ MORE: Wan-Bissaka reveals Man Utd star who has helped him settle in at Old Trafford

Having been dominated before the interval, United gained control on the game and scored a constellation goal.

After the match Fergie said the players were having trouble seeing each other due to a combination of the grey jersey and bright sunlight. Safe to say United never wore the shirt again.

Dalot is currently out with injury and is expected to miss United’s trip to Southampton at the weekend.