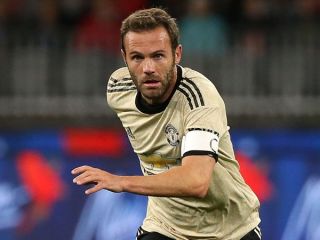 Juan Mata comes across as one of the nicest footballers around. Probably the nicest but saying that feels weird consider he’s someone we’ve not had the pleasure of interviewing.

The Manchester United playmaker is leading a drive to donate 1% of footballers’ earning to good causes around the world. Common Goal is a charitable movement run by streetfootballworld that was launched with the support of Mata.

He initially announced in an article for The Players’ Tribune that he was pledging 1% of his salary to Common Goal, and used the publication to raise awareness whilst calling for other players to do the same.

In an ESPN interview, Mata has spoken more about Common Goal.

“Helping other people is probably more meaningful than scoring a goal in the final,” Mata said. “If you can do also something different, a different kind of goal, then much better. I think this is the time now for us as football players, as managers, athletes, to really stand up for our values, to really use the platform that football gives you to.

“I feel that it’s only the beginning. I think we are creating something really interesting for football and for society in general.”

The Spaniard has yet to feature for United this season that could soon change with Ole Gunnar Solskjaer coming under pressure to drop Jesse Lingard from the starting eleven after a number of underwhelming performances.

Lingard has one eight months now without a single goal contribution. Questions are warranted.

Mata at 31 isn’t the player he once was, clearly, but he can still be an asset to Solskjaer during what will be a challenging season for a squad bound to be stretched at some point.

It’s great to see footballers giving back and Mata certainly does his bit.